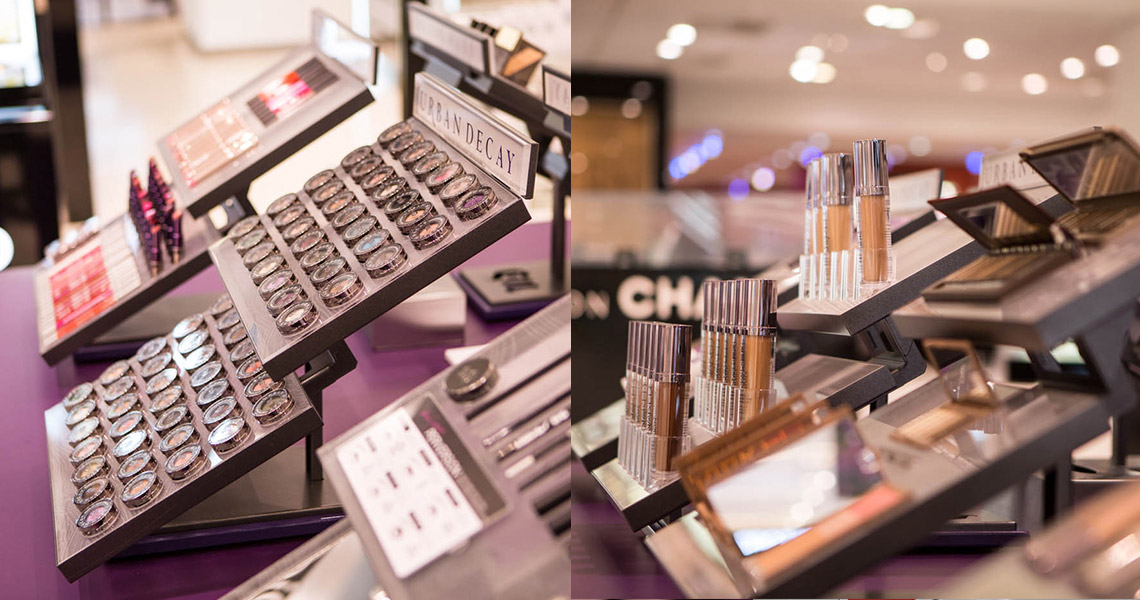 In July 2014 L'Oréal online started with the distribution of the Californian brand Urban Decay. Following the decision to extend the sale as part of a secondary offering to the retail stores, speed was needed. A display pattern from the United States was to serve as a basis. Despite the lack of technical data and drawings, The Effekt Grafik team succeeded in reproducing the existing eight-module display set faithfully within three weeks.