Successful appearance at the exhibition 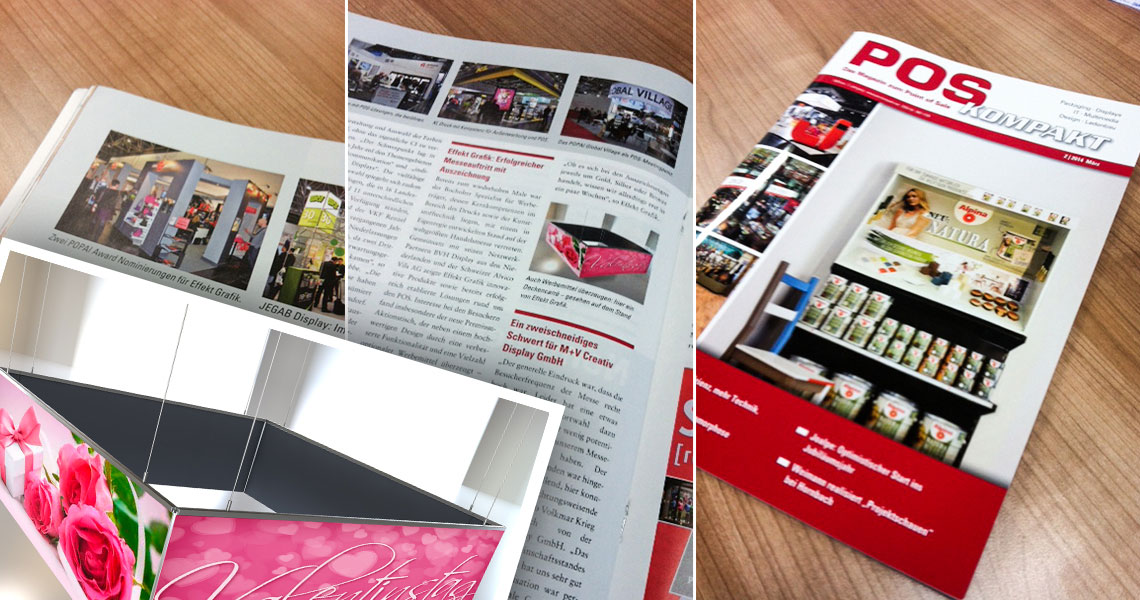 For the umpteenth time the Bocholt-based specialist for advertising, whose core competencies are in the field of printing and the plastics industry, was represented with a developed in-house stand at the world's biggest trade fair. Together with its network partners BVH display from the Netherlands and the Swiss ALVICO Vils AG, Effekt Grafik showed innovative products and successfully established solutions for everything to do with POS.

Interest among visitors was especially in the new premium action table that not only offers a high-quality design and improved functionality and a variety of optional advertising media - including, for example, a matching ceiling carré. In addition, the company presented amongst other things a durable premium diaphragm whose novel production methods are already the subject of a utility model patent application.

Particularly pleasing was also that two of the signed-up displays were nominated for a prize at the POPAI D-A-CH Awards 2014. The selection of winners was held as part of the EuroShop. One standing display for the brand Clarisonic was submitted in the category "Luxury". In addition, the counter display "Armani perfume bar" was in the category for "Beauty, Fragrances - Permanent >3 months". These were exhibited on a separate Group Area, and a separate POPAI Awards Area. "Whether the awards are for gold, silver or bronze, we know, however, only in a couple of weeks," said Effekt Grafik.