Gold and bronze for Effekt Grafik 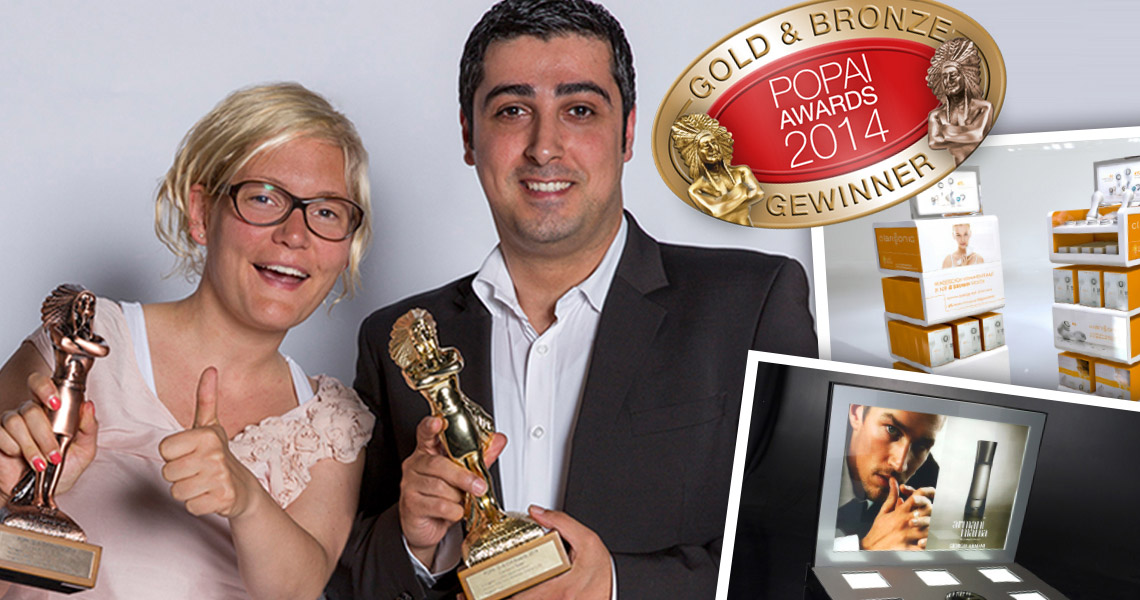 The Bocholt-based company Effekt Grafik has obtained two prizes at the Popai Awards 2014: Gold and Bronze. As early as February, Displays by the Bocholt company had been nominated as part of the trade fair Euro Shop in Dusseldorf. But only now has Effekt Grafik learned what kind of award this is, reported CEO Ulrich Legerski.

The Bocholt company was registered for a counter display for fragrance variations by Giorgio Armani in the category "Beauty, Fragrances - permanent" as well as with a merchandiser for the brand Clarisonic in the category "Luxury". Both displays, which had been commissioned by the cosmetics manufacturer L'Oréal Germany have been developed and produced in-house by Effekt Grafik.

POPAI DA-CH eV is a non-profit organization that sees itself as a "centre of competence and communication platform for marketing in retail". In addition to criteria such as aesthetics, design, creativity and innovation, aspects such as trade compliance or the effect on purchasing behaviour will be evaluated by the independent jury.

Esther Soboll who is responsible for marketing at Effekt Grafik, and salesperson Erkan Oynak received the gold and the bronze prize of Popai Awards at a gala event.