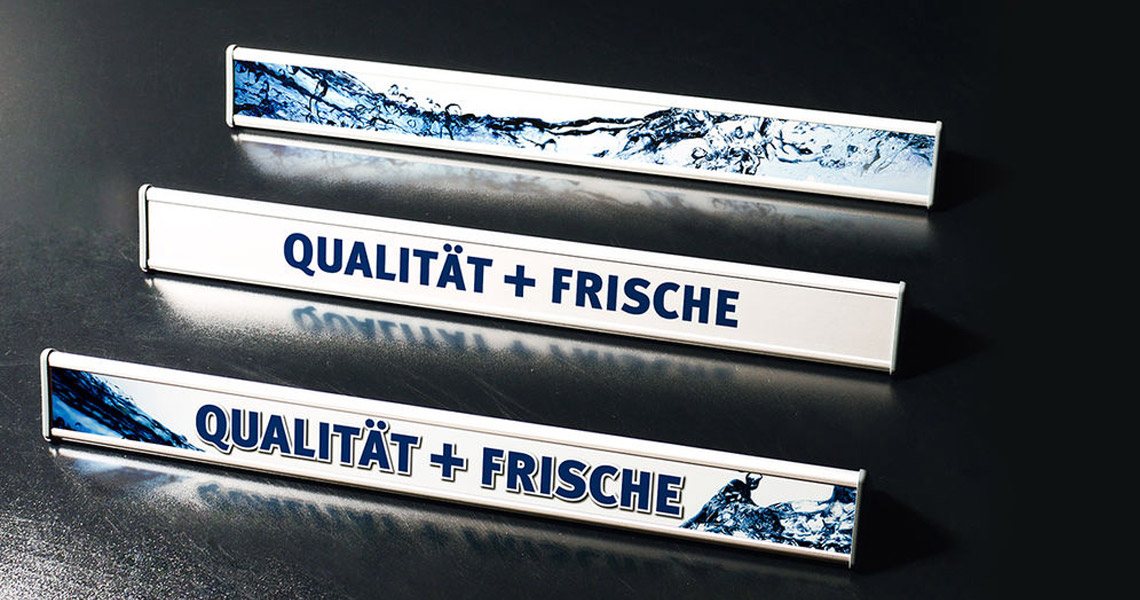 An everyday scene in the trade: A customer places his purchases onto the conveyor belt by the cash register and in this way with the help of a checkout divider separates his goods from those of other customers. When the divider gets to the cashier, it is pushed back where it came from via a rail parallel to the conveyor belt. A procedure about which hardly anyone can have thought about for a long time up until now - apart from the product developers at Effekt Grafik. Now perhaps is soon to be a generational change with checkout dividers!

Review: Already in the development of the current generation of checkout dividers there were attempts to avoid wear and tear. Through an overhang of the hard end caps which are filled by means of a special machine mechanically to the aluminium rods, it was largely prevented that scratches damage the print. Because of the frequent sliding back, the release rods are however constantly exposed to heavy loads.

The new generation dividers developed by Effekt Grafik are characterized by a graded aluminium profile, which is intended to ensure that the internal (advertising) imprint remains for a long time undamaged. Thanks to a special printing process this can be made multicoloured. The high-quality Effekt Grafik dividers are compatible with the different POS system from different manufacturers and have been developed according to the requirements of the industry.

With the new dividers, the area in which the lettering is printed is recessed inwardly so that it can no longer be damaged by ordinary handling.